Ligaments are structures that span a joint within the body, providing stability through the full range of movement for any particular joint. There are 4 main stabilising ligaments in the knee:

Damage to one or more of these ligaments and/or other associated stabilising structures, can lead to significant instability within the knee which sometimes requires surgery. This is often in combination with physiotherapy to ensure the best outcome in the long term.

The anterior cruciate ligament (ACL) is a strong, spiral-shaped ligament that sits inside the knee, running from the end of the tibia (thigh bone) to the lateral wall of the intercondylar notch of the femur (top of the shin bone). The ACL prevents the tibia from sliding too far forwards on the femur, and from rotating too far below it. This is the most commonly injured ligament within the knee.

The posterior cruciate ligament (PCL) is the largest ligament within the knee, and runs similarly to the ACL, although it is stronger and longer.  The PCL prevents the tibia from sliding too far backwards on the femur, and similarly prevents the femur from sliding too far forwards on the tibia. The majority of PCL  injuries are part of a more significant knee injury, involving other structures and ligaments.

The medial collateral ligament (MCL) runs from the femur to the tibia, on the inside of the knee. It is wide and flat, and runs in the layers outside the knee capsule. It prevents the knee from buckling inwards (valgus/knock-kneed) and is often injured in sports where the patient sustains a blow to the lateral side of the knee.

The lateral collateral ligament (LCL) is on the outside of the knee, and is a rope-like structure passing from the femur to the fibular head (the top of the bone that runs parallel to the shin bone). It provides stability to the lateral side of the knee, preventing it from opening up and allowing the knee to collapse into a varus (bow-legged) position. The LCL is part of an anatomic region known as the posterolateral corner (PLC). This includes other structures, such as the popliteus muscle, the arcuate ligament, and the popliteofibular ligament. The LCL and PLC act in combination to provide stability to the lateral side of the knee and prevent excessive external rotation of the tibia on the femur. The PLC can form an important part of multi-ligament injuries, and failure to recognise an injury to this area can lead to worse outcomes in ACL reconstruction.

How do ligament injuries occur?

Ligament damage in the knee is typically as a result of a sporting injury. These can vary; from fairly minor non-contact twisting injuries, say while skiing or playing football, during which the ACL is damaged; to more significant high-energy injuries, such as resulting from road traffic accidents or rugby tackles, where often a combination of ligament injuries occur. If the knee is stressed into a position outside its normal range of motion with significant force, ligaments can exceed their maximal tensor strength, and rupture. When lesser force is transmitted to the ligaments, sprains or partial ruptures more commonly occur.

The symptoms can vary hugely, and will depend on the severity and combination of ligament injuries.

When someone tears an ACL, they often hear or feel a pop in the knee, followed by pain and swelling of the joint, stopping them from continuing with the physical activity. Often those who have torn their ACL will limp because of the pain and  restricted range of movement.

With rehabilitation, 20 to 30 per cent of those with an ACL tear will be able to return to normal activities and sports, potentially with the assistance of a brace. The majority of people, however, without treatment, will have some ongoing symptoms, such as knee instability, the knee giving way, or recurrent pain and swelling.

You can read about ALC reconstruction HERE.

Isolated injury to the posterior cruciate ligament (PCL) is rare, representing approximately 10 per cent of all PCL tears. In isolation, rupture of the PCL  leads to a sag sign, where the tibia sits further back in relation to the femur than normal, and looks as though you have a large dent just below the knee. It does not go on to cause huge functional instability in the knee very often, and can quite commonly be treated without the need for surgery, such as with the assistance of a brace and physiotherapy. However, in some cases, if significant instability persists, a reconstruction of the PCL may be recommended. Symptoms of a PCL injury can be more severe if it is in combination with a number of additional ligament injuries, for example as a result of knee dislocation.

Medial collateral ligament injuries
Symptoms for medial collateral ligament tears vary, depending on the severity of the injury. In minor injuries or sprains, symptoms include pain down on the inner side of the knee, particularly when bearing weight, or if the knee is forced into valgus (knock-kneed). More severe injuries can lead to significant opening up of the inside of the knee, leading to the leg collapsing into a valgus (knock-kneed) position.

Lateral collateral ligament/posterolateral corner injuries
Symptoms relating to a complete rupture or significant injury to the lateral side of the knee, often manifests as a feeling of instability while walking. Typically, these  represent part of a multi-ligament injury, leading to significant pain, swelling and instability within the knee.

How are ligament injuries diagnosed?
Your surgeon will take a thorough history, and fully examine your knee. It is often possible to detect damage to the major structure of the ligaments of the knee with a variety of tests which examine the joint’s stability. Often an x-ray will be required, to rule out any significant associated fractures or other bone injuries. An MRI scan is normally done too, so that we can full understand the single or combination of ligament injuries.

The treatment of ligament injuries depends on the severity and pattern of the injury itself.

The anterior cruciate ligament is one of the main stabilising structures in the knee joint, and is often ruptured or torn as part of a twisting or hyperextension injury. This is often sports-related, and is fairly common in players of  football, netball and skiing. In some circumstances, the knee will be grossly unstable, and should you wish to return to a high level of activity, you may require ACL reconstruction, to prevent the knee giving way during sporting or day to day activities. On other occasions,  your knee may feel reasonably stable on a day-to-day basis, and your surgeon may recommend treatment that avoids surgery.

Posterior cruciate ligament injuries
Isolated posterior cruciate ligament injuries represent around 10 per cent of PCL tears, and can often be managed without surgery under the supervision of physiotherapists, potentially with the use of a leg brace. In the majority of cases, this will provide sufficient stability to the knee and avoid the need for an operation. If this does not work, surgical reconstruction  can be undertaken.

Multi-ligament injuries to the knee (knee dislocations)
These represent severe injuries to the knee joint, and are often as a result of major trauma. A huge number of combination of injuries can be sustained and usually cause severe knee instability, often requiring surgery. These operations are quite complex and should be undertaken only by a specialist knee surgeon with an interest and experience in major ligament injuries. The precise surgical approach will depend on the pattern of the injury. 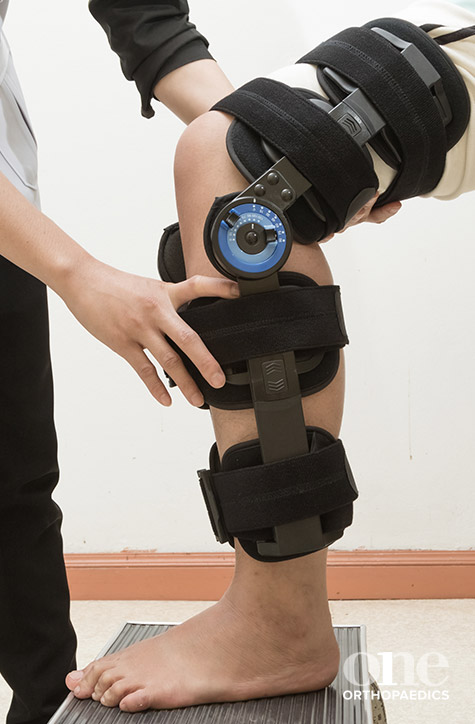 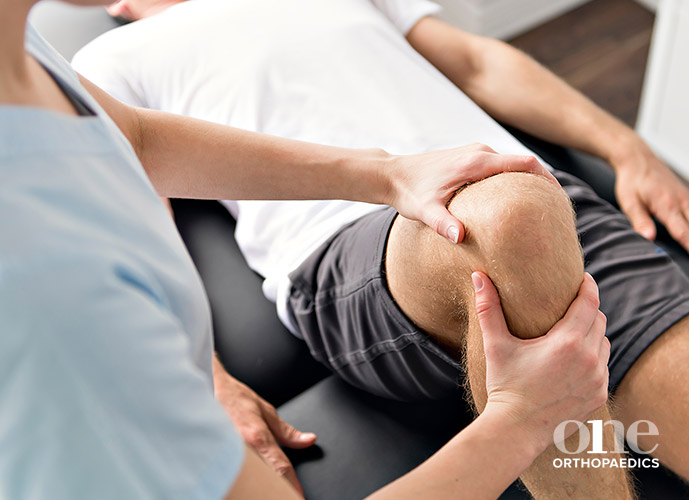 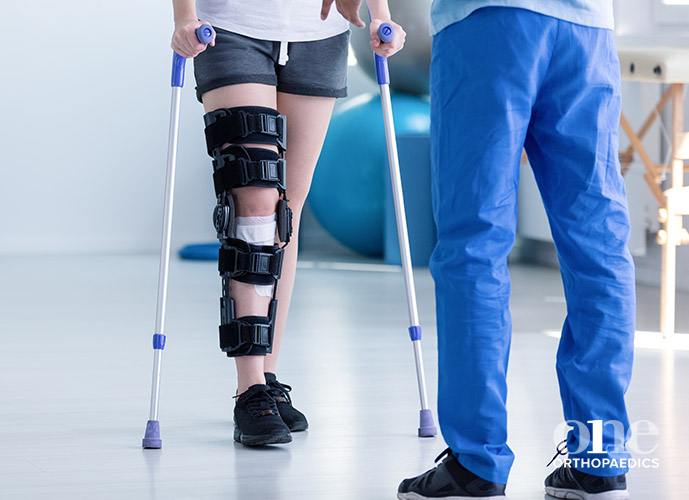 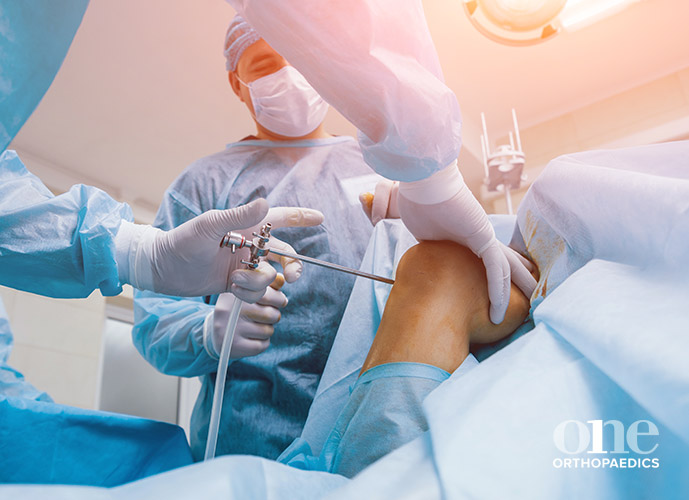 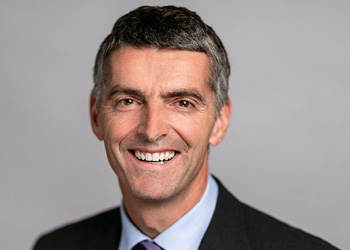 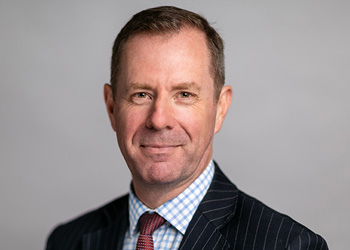